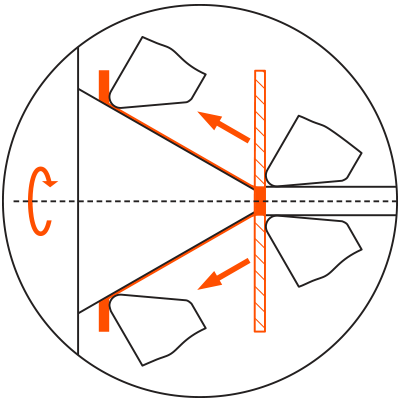 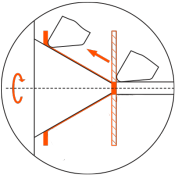 Shear forming, also referred to as conical flow forming (concave and convex flow forming) or shear spinning, is an incremental metal forming process similar to metal spinning. But in shear forming, the diameter of the final piece is approximately equal to that of the original flat sheet metal blank. In opposite, the wall thickness follows the rule hereafter and a reduction of the wall thickness occurs, which is linked to the angle ß of the final part.

DENN machines are equipped with axis position control which provides perfect performance and a state of the art graphic process monitoring. 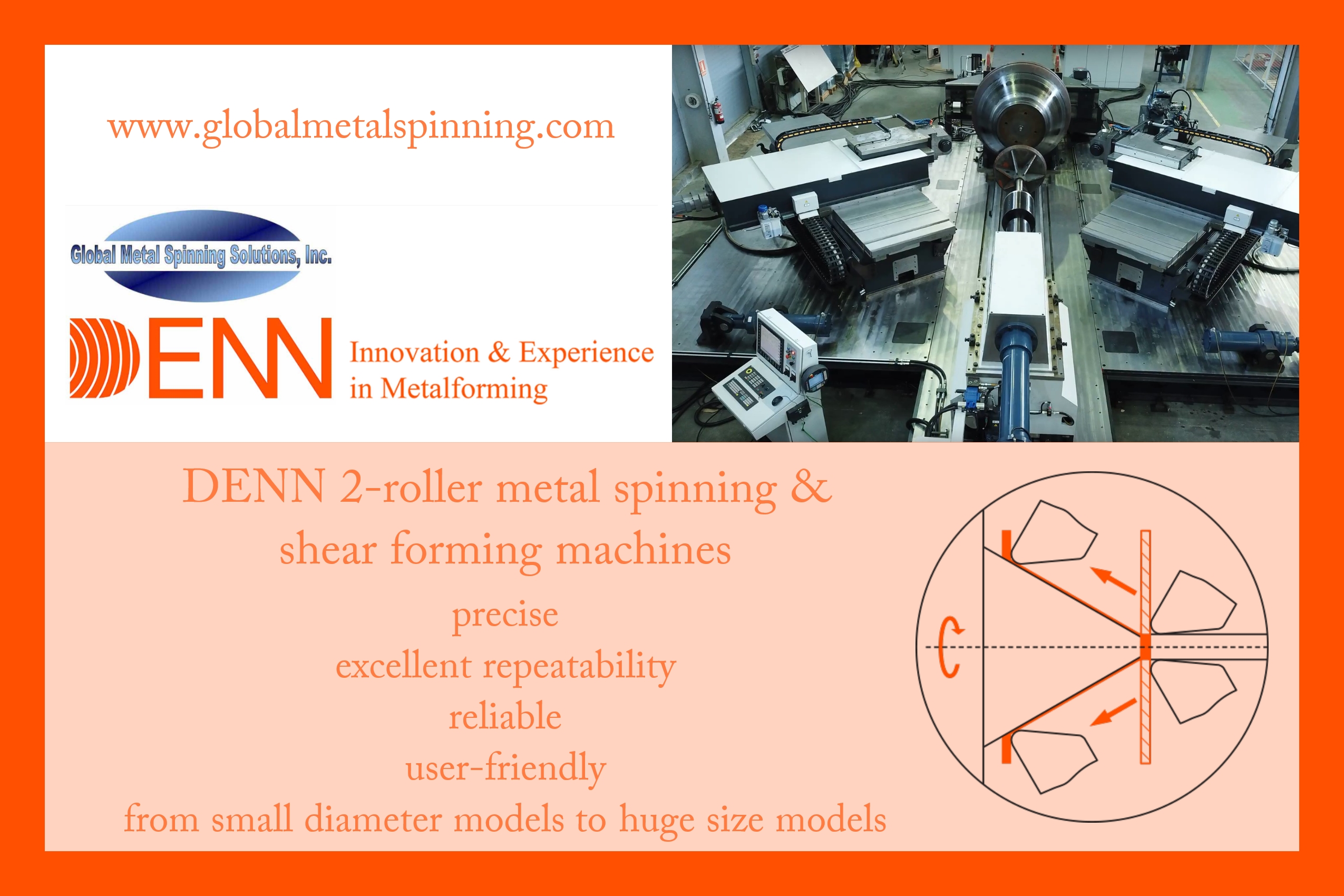